Onchopristis is a giant sawfish that lived in the oceans during the Upper Cretaceous Period. A considerable number of these giant fish were found in the Sahara Desert, especially a large number of their barbs. Recently its size was reduced to 5-6 meters long, with a rostrum length of 1-2 meters. Onchopristis has unique characteristics that make it an impressive sawfish specimen: Its rostrum has sharp and lethal barbs that stick on the side. In fact its name means Giant Saw because its barbed rostrum resembles a giant saw. A strict crustacean eater, Onchopristis would have used its rostrum to unearth crustaceans at the bottom of shallow waters like present sawfish today. It probably lived in schools of its same species like modern schooling fish. Although it is an ocean dwelling fish, fossil evidence suggested that, like salmon, schools of Onchopristis would migrate into freshwater rivers in the mainland to breed. The females would then lay their eggs in these shallow waters, where the young would be safer from predators. However, the adults are exposed to new threats: Crocodiles and piscivore theropods, like Spinosaurus, hunted this giant sawfish occasionally during Onchopristis migration and mating season. Many of these sawfish were fished out to be eaten wastefully by Spinosaurus and its relatives with scavengers like Rugops who would take full advantage of the scraps of wasted food. Onchopristis would have had to rely on  its numbers to survive their perilous journey from and back to the protection of the ocean. Fossil evidence of puncture marks on the sawfish's rostrum made by Spinosaurus are common. There has even been a barb found stuck in the upper jaw of a spinosaurid! Though common in freshwater rivers during mating season, common droughts only brought Onchopristis to low numbers. In the episode " Giant Killers" a Spinosaurus catches several Onchopristis and eats them wastefully. While fishing for more, opportunist scavengers like the abelisaurid Rugops would eat the scraps of Onchopristis. 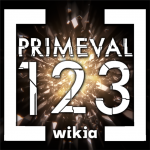 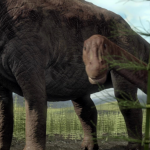 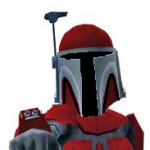